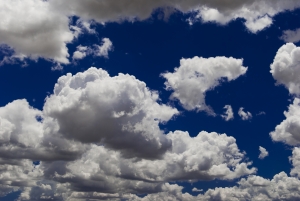 The professor was so smart. He spoke with great eloquence on topics of ethics and morals and the concerns of our modern day. The students in his class admired him and seemed to hang on his every word. Adam was enjoying his university class until one day his teacher asked a question in class that spun Adam around in his tracks. “Why do you believe in God or the Bible? Why do you believe in Jesus or any aspect of Christianity? There is much to recommend Christianity. Its ethical teachings are admirable but there is little reason to think that it is with out error or better than any other religion. How could the Bible, a book that speaks of miracles and a mythical creation story, be taken seriously as anything but morality tales? It certainly is not inerrant. This business of Jesus rising from the dead can only be understood as a spiritual resurrection.” Adam was stunned. He had been Christian all of his life. Of course he believed in Jesus and the Bible. His Sunday school teachers had told him of the Bible and Jesus. His pastor had faithfully proclaimed the truth of Jesus’ resurrection for years. But, were they right? After all, does Christianity not rise or fall on the Resurrection alone? If any part of the Bible were not true, all of it was suspect. Adam thought long and hard on these things. Was what he had been taught true or was it all superstitious myth? He decided he would go to his church and speak to his pastor about these things.
As he arrived at church that morning for his appointment he met Mr. Anderson in the hall way. As a boy Adam had always been a little afraid of him. Mr. Anderson had an eye patch to cover where his right eye had been. As a young man he had been a rough, profane drunkard. One night in a drunken bar fight he had lost his eye. Later Pastor Brown had explained the Gospel of Jesus Christ to him and he got saved. What a difference it made in his life as this one time drunk was now one of the godliest men Adam knew. Mr. Anderson walked with Adam down to the receptionist’s desk where Adam was greeted by his mother’s friend, Mrs. Smith. He liked her. She was always so cheerful and full of love. That amazed Adam because he knew that in the past year she had lost her husband suddenly to a heat attack and she had just recently been diagnosed with cancer. How could she smile after all of that? She shared the obvious answer with every one she could. Her joy was found in the reality of the Lord Jesus in her heart. Next to her at the desk was Mary. She too, smiled easily. Adam knew that she had been a drug addict and had on two separate occasions had attempted to take her own life. Then someone told her about the Lord Jesus. He changed her heart and gave her life a meaning it had not had before. He mad a wonderful difference in her life.
These people played on Adam’s mind as he waited to see Pastor Thomas. What could change someone like Mr. Anderson so profoundly for the better that was not real? Could a myth give joy and peace to someone who was hurting as badly as Mrs. Brown? Could a fable give a person like Mary her life back to her? There must be truth in Jesus and His teachings. Adam shared all of his thoughts with Pastor Thomas who smiled thoughtfully as he listened. The he responded, “You know, Adam, you are not the first one with these questions. Peter, the writer of the Epistles of Peter in the New Testament assured the early church when he said, ‘For we have not followed cunningly devised fables, when we made known unto you the power and coming of our Lord Jesus Christ, but were eyewitnesses of His majesty.’ (II Peter 1:16) There are many credible evidences of the truth of the resurrection for those who come with an open mind. The important thing for you now, Adam, is to continue your search. Just as the angel told Mary at Jesus’ empty tomb that day, ‘Ye need not fear: for I know ye seek Jesus’“.

He is not here. He is risen as He said.

Mark 16:6
And he saith unto them, be not affrighted: ye seek Jesus of Nazareth, which was crucified: He is risen; he is not here: behold the place where they laid him.